Underground parking spaces on the property can be purchased for EUR 40,000.

A Brief Taste of Wine (Culture)

“Here you will find your peace of mind,” you will hear the “Glanzinger” say. And tasty wine. As iconic as the verdurous rice terraces are for the Vietnamese city Sapa, are the wine hills for Glanzing, a part of Vienna’s 19th district – the epicentre of the Viennese viniculture and worldwide renowned for its high-quality wine since the 60ies. Tasteful wine is an everlasting part of the Austrian table culture and even a must-have for many. “Es wird a Wein sein, und wir wer‘n nimmer sein. D‘rum miaß ma‘s leb‘n so lang‘s uns g‘freut” – a quote by Paul Hörbiger and Hans Moser, who already cherished the juice of the grape as enjoyment for a lifetime.

But this shall not be the only reason for people to move to Glanzing. Just the surroundings are worth a visit. A stroll around this part of the city will make you feel like walking through an open-air museum presenting the most unique buildings.

No house is like the others – a stage for old and modern architecture alike.

The former part of Pötzleinsdorf ranks among the noblest neighbourhoods. The quarter’s long history began as an imperial hunting ground in the days of the Austro-Hungarian monarchy and it attracted the nobles and the Viennese bourgeoisie. The famous architecture of the vicinal Pötzleinsdorfer Cottage found its harmonious extension up to Glanzinggasse 16, not far from the former prestigious paediatric clinic Glanzing, built by architect Karl Badstieber under Emperor Franz Josef – a luminary for residential houses of the Viennese upper class. 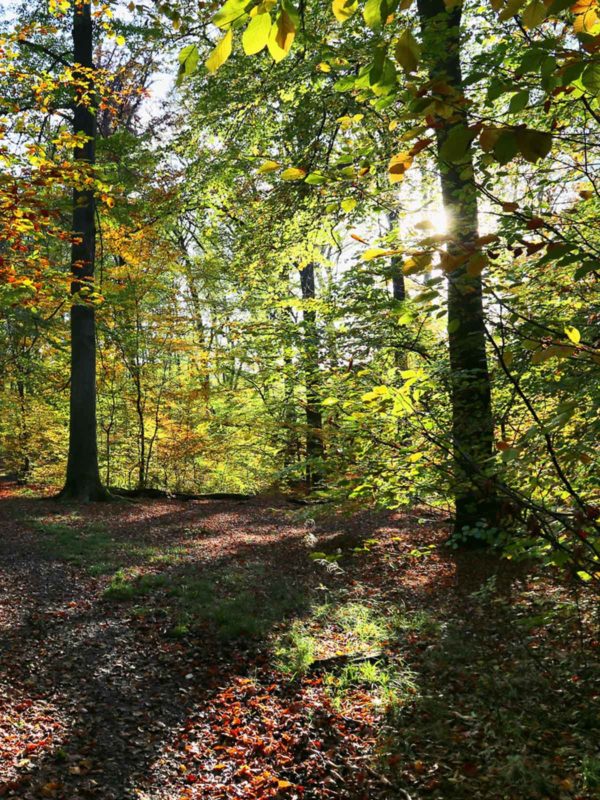 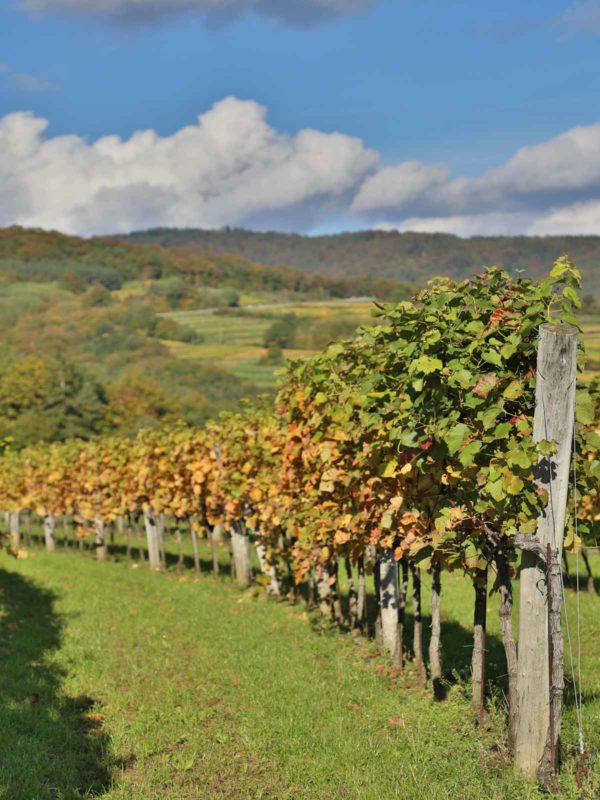 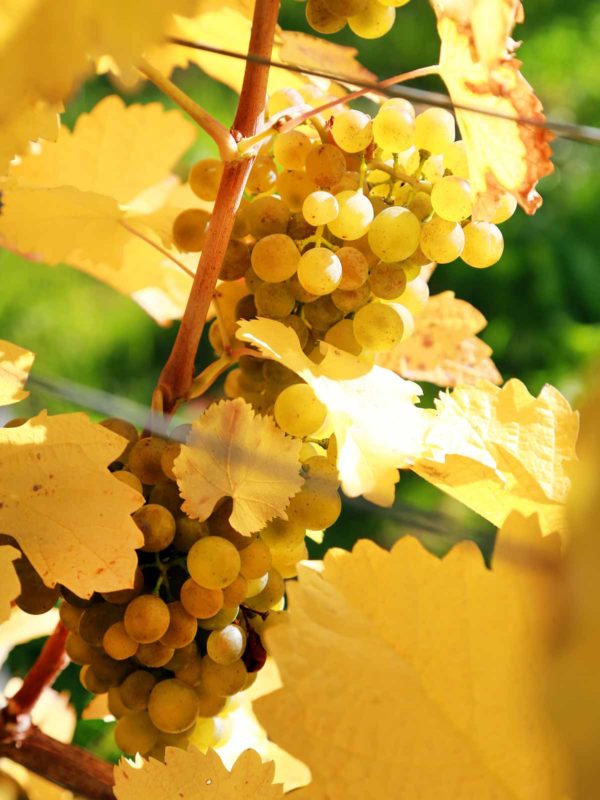 Starting from the Krottenbachstraß ethe romantic serpentines of the Glanzinggasse lead past the former paediatric clinic up to the property no. 16, where approx. until the end of 2021 a sophisticated villa
with eleven residential units and direct views of the opposing Hackenberg will be built. With
Neustift am Walde and Salmannsdorf the two most beautiful vineyard sites of Austria’s capital are only a stone’s throw away. At Glanzinggasse 16 one can literally bath in the scent of tendrils. Every unit is named after a type of wine – from Zweigelt to Blaufränkisch to Riesling.

The size of the units ranges from 50 to 113 sqm – each equipped with
a balcony or a terrace between 6 and 208 sqm. The rooftop penthouse (Sauvignon Blanc) even offers a private rooftop pool with a dreamlike panorama, a welcome titbit in addition to the southeast orientation of the rooftop terrace. Eleven garage parking spaces complete the living experience. Classic or modern – every resident may choose between these to two configurations. 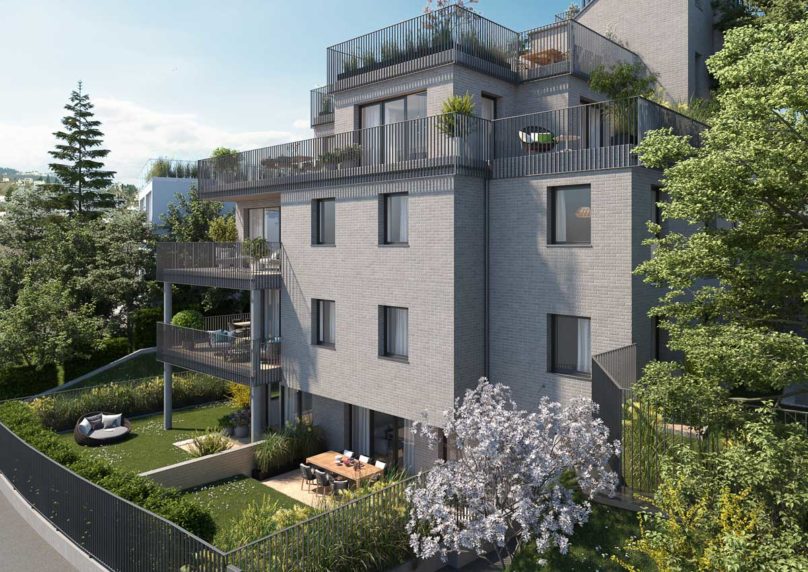 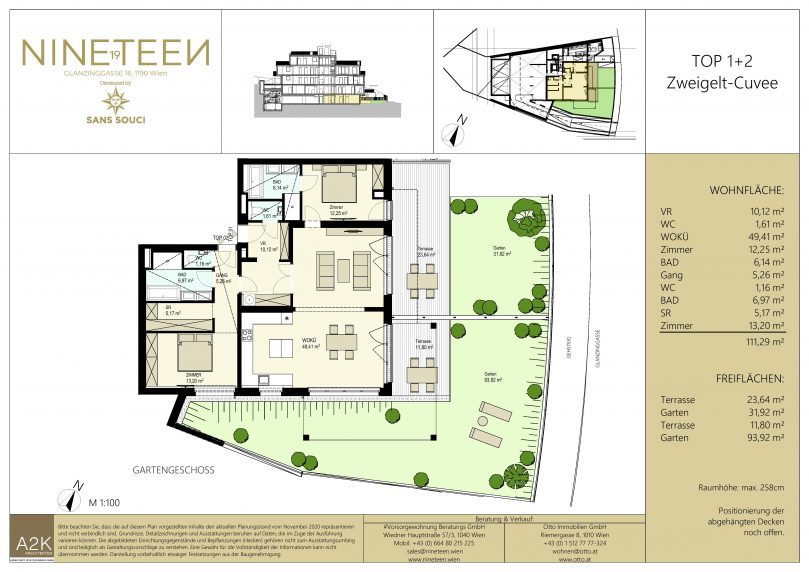 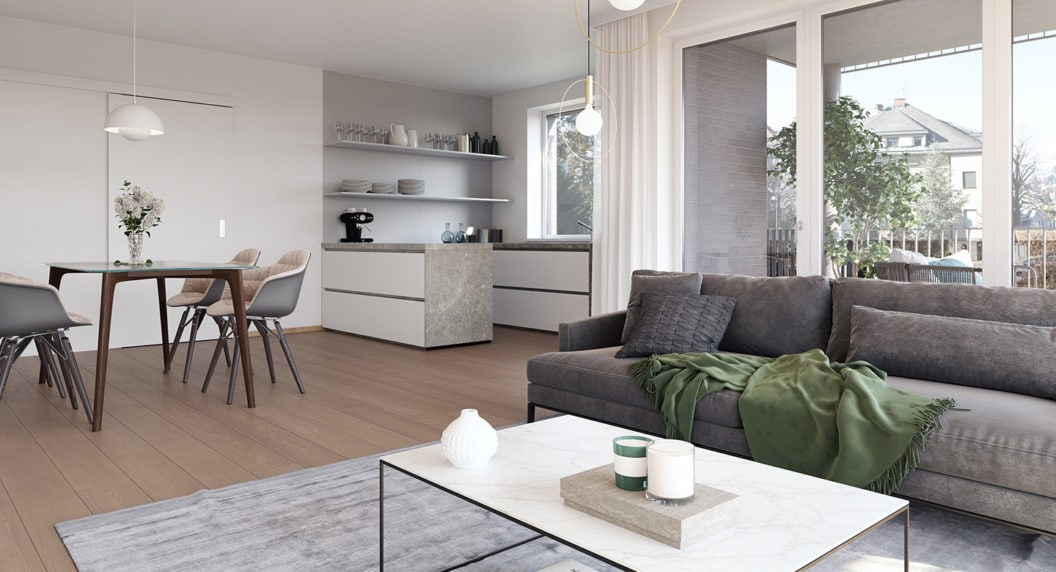 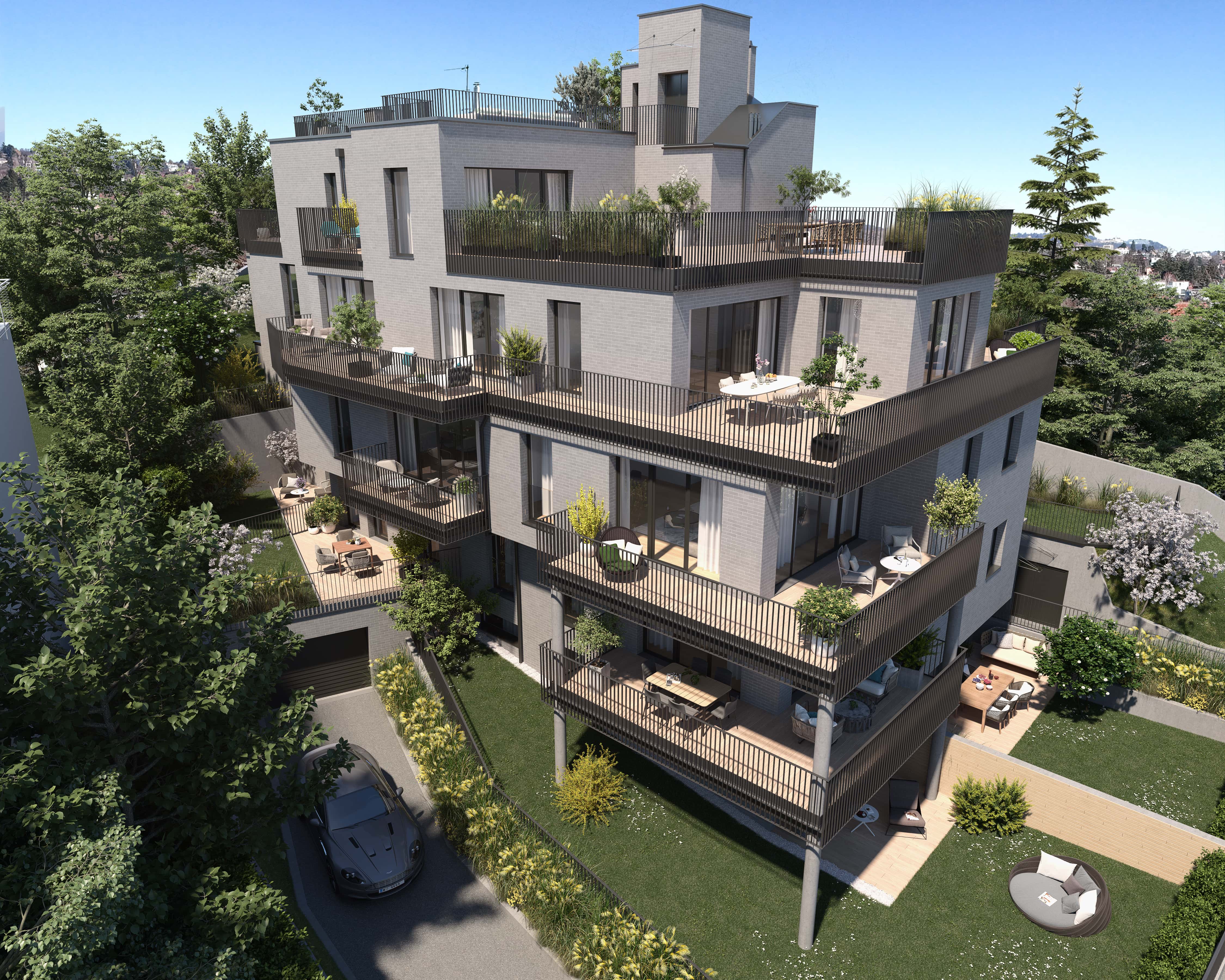 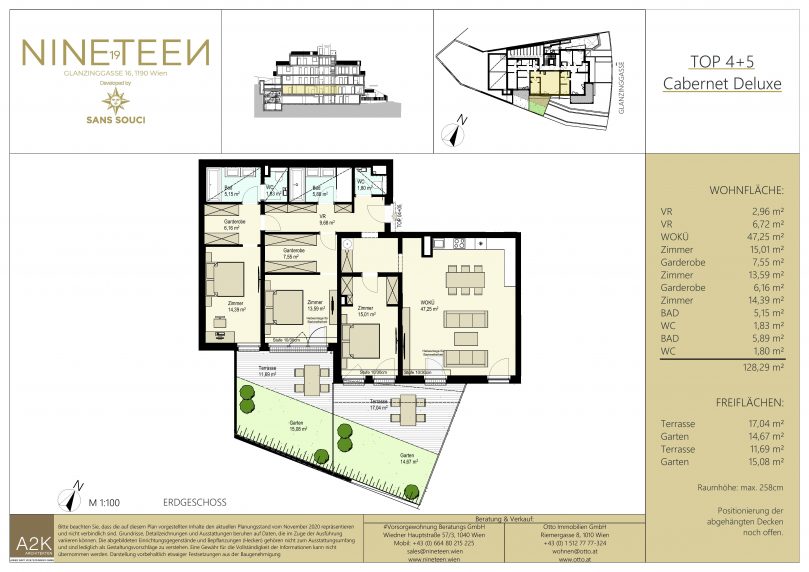 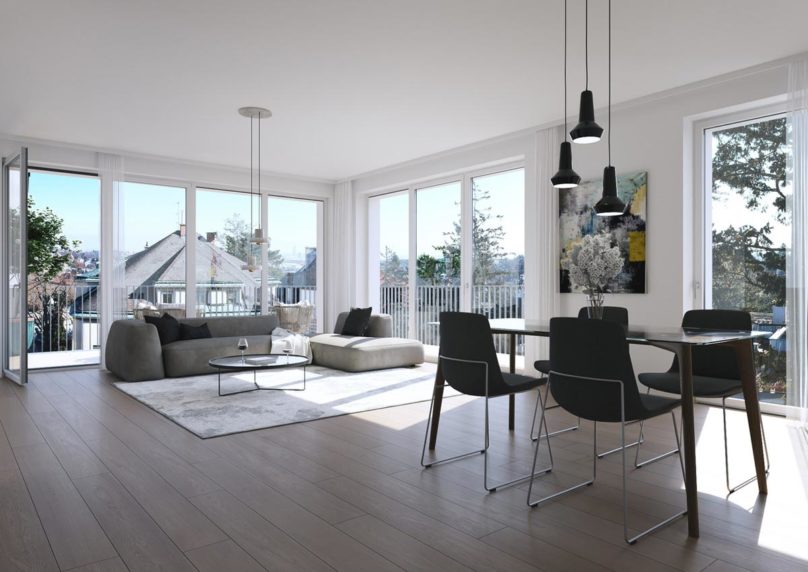 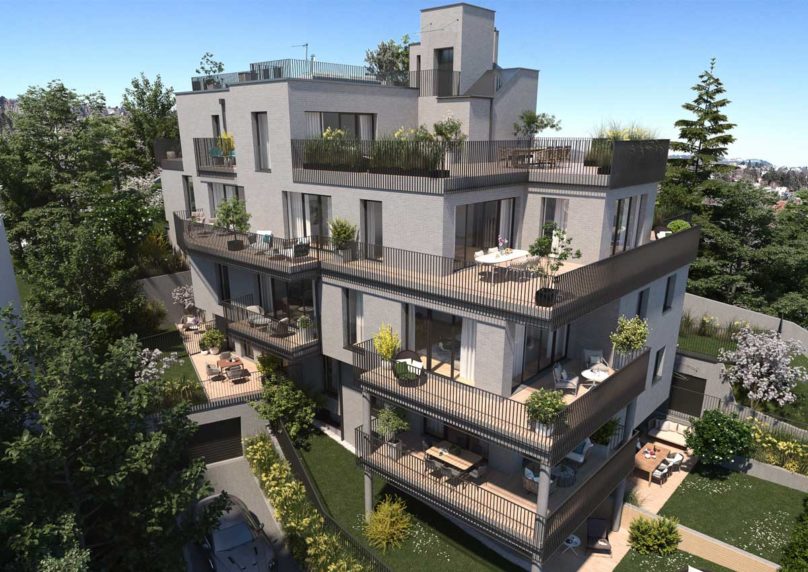 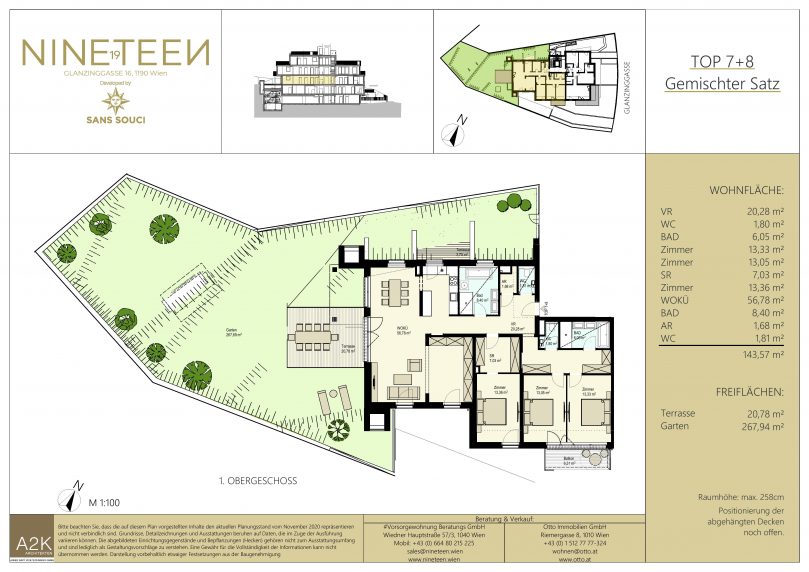 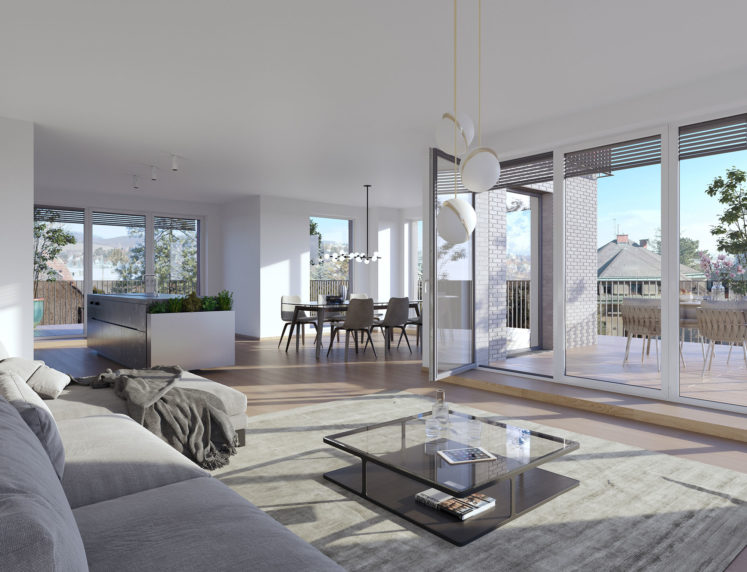 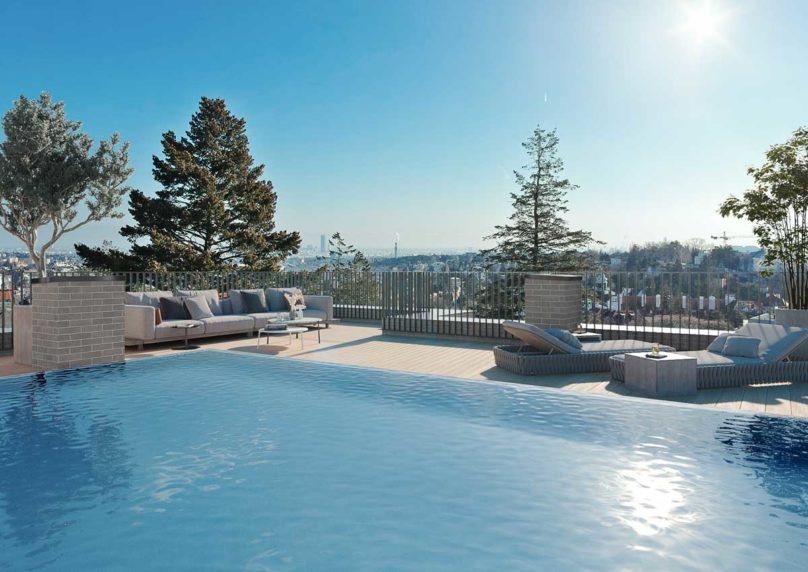 When you are looking for sports activities, the tennis club Cottage Tennisclub Pötzleinsdorf with its ten courts is only a few steps away, while the Kahlenberg surveys the duels. The vast public green spaces in the surroundings as well as the Pötzleinsdorfer Schlosspark complete the living experience. Nowhere else in the city will you find a comparable calmness, while still having perfect public accessibility and hence the city’s centre at your disposal. If you are seeking for compensation for stress and like to enjoy your evenings in a laid-back atmosphere, you can do so in the numerous wine taverns, all within walking distance- or in your cosy home in Glanzinggasse 16.